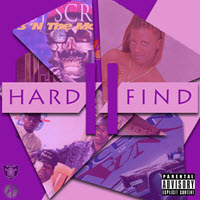 "Officially speaking, I fucking love Raider Klan. I also love Amber London. The lush production on 2013's Tru 2 Tha Phonk called back to everything great about early 90's r&b and hip hop. This mixtape has a much grittier, lo-fi feeling, which to me is more in line with what I generally expect from a Klan-related release. It bangs dirty Texas hard all day and is most definitely a thick jammer! Dig in and get wavy gravy y'all!" - DD

i bet you wont survive when i ride by