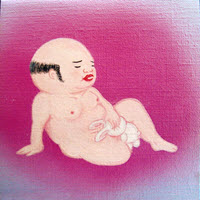 "I don't fully understand why I've not posted this before. I've spent nearly twenty years nestled in its warmth and for just as long it's been at the absolute top of my list. Nonetheless, here we are. Named after the 1983 film by Nicolas Roeg, Eureka, quite simply, is one of the greatest achievements in human history. Jammed with a keen, satirical wit, juxtaposed with lush orchestration and a supernatural allure, if you've yet to be so lucky you should listen now. It seriously doesn't get much better. Women of the world, take over, 'cause if you don't the world will come to an end!" - DD