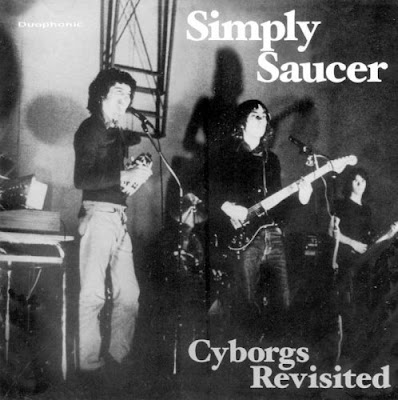 Simply put, this is fucking super rad! It's like garage-rock-psychedelic-floydian-velvets. The song Bullet Proof Nothing will make you wish you were this fucking cool! Get it, love it, obsess over it. It sounds like it could have been recorded in 1969, but in a way I like that it's from the late 80's. I picture these guys in a dingy basement, stoned as fuck, not giving a shit what anyone else in the world was doing or thinking, grooving their faces off. Probably the best Canadian band ever, definitely one of the best Canadian albums ever!

"Here's a band that could splice the DNA of Syd Barrett and Soft Machine with Iggy Pop and the Velvet Underground, that could bridge post-psychedelic mind-altering electronics with a buzzed proto-punk urgency: the ultimate garage band, rehearsing constantly and trying everything and doing it all at top fucking volume. And right after they finally got around to issuing their debut release, a well-received seven-inch, in 1978, the band split and became history." - Pitchfork (8.8/10)
Posted by Dead Dog at 3:13 PM

Hey, glad to see your blog is back. I need to get good music somewhere. Wow this simply saucer is amazing...and DOES NOT sound like it was from 89..but its awesome as fuck thanks!

im not sure if my last comment posted so this may be a double post . But hey its good to seeyour blog up again i need to get new music from somewhere! also. ..this album rules. i read its actually recorded in 1978 say the fact pages. ok rule on. - Jeff

no problem sugar plum, glad you enjoyed it! yeah i realised the 78 thing after i alreaDY posted it. ahh well. soo goood!