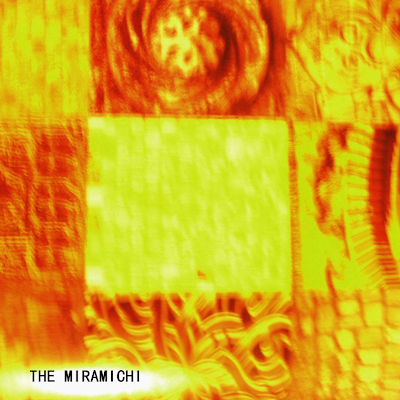 What a smooth record. The Miramichi (formerly Savaa Boom) are dark spaced out lo-fi drone from Halifax. This, their first release (albeit self-released) will irk your inner peace into believing It's all about to blow up in your face, but It doesnt. It just haunts you, over and over again. Despite all that, it still manages to make me feel fairly at ease, and sleepy. It's like a sick warmth though, a cold sweat. A large majority of this was recorded, as far as I can remember, at a live show in late February/early March (??) of 09, and it was a great fucking show. Deerskull played a great set that night as well, and I'll hopefully have something up from them in the next week or so. Anyhow, what Joseph Mclaughlin and Dan Miller decided to do with those recordings was slow them down, really slow them down, and let it sludge on for days. I really like what happened. As I mentioned, the result is a haunting journey through darkened caves and dystopian valleys, not for the dreamers or impatient lollygaggers. I really recommend it if you're into putting something on and laying in bed, forgetting about everything. Dig it now you fugly cankers!