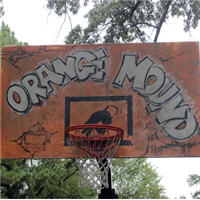 "Welcome to 2016 sisters and brothers! I knew leaving for the holidays that I wanted this to be the first post of the new year and here we are. What Mark Francis Johnson has created for us is a stark compilation of some of the greasiest, lo-fi, independent, Memphis hip-hop cassette's from throughout the early-to-mid 90's. My buddy Maxy Poo showed it to me and said it was "one of the sickest rap mixes" he'd ever heard and I can't disagree; it's an excellently grooved out sludger! As one poster put it, "a mix like this is a passport to another world," so don't stall too long foolies. Dig it loud and proud!" - DD

Love this… thanks DD! Damn near perfect comp.

Great shares of late too. So good to have you back in the saddle.

thanks, its good to be posting again! glad you're enjoying it