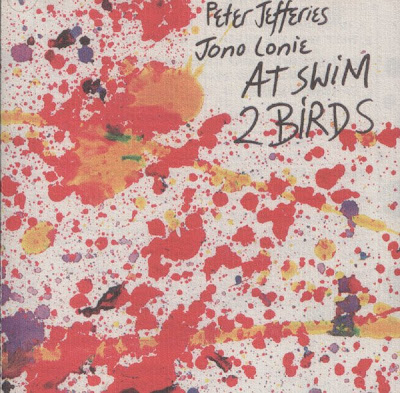 What you have here is some extremely melodic mood work. It's instrumental zone music of the highest grade. At times, the guitar is fairly reminiscent of early Durutti Column, though overall there is a lot more going on here. It almost delves, if only for the slightest of moments, into the Krautrock arena with glorious repetition and rhythm. It's a very beautiful and eclectic album, so full of sound. I especially enjoyed the songs Interalia and Tarentella. Aside from listening to it I don't really know too much about the people involved or anything like that so please just grab, listen, and enjoy!

"Jefferies' first solo effort is actually a full collaboration with fellow New Zealand musician Jono Lonie, titled after the cult surrealist novel by Irish author Flann O'Brien. The album itself is entirely instrumental, and described by Jefferies in the liner notes for the 1997 reissue as being "an antidote of sorts to a previous sound and method of writing," further referring to the recording location at Lonie's house as providing the "ocean, air, light" counterpoint to the often dark and brooding This Kind of Punishment releases. For all this, many hints of Jefferies' TKP work inevitably crop up (as does its overall sonic quality, due in part to also using a TEAC four-track). The most unmistakable connection is his distinct, evocative piano sound, highlighted prominently on songs like (unsurprisingly) "Piano (One)." However, the collaborative nature of the work with Lonie, in the end, does result in distinctly different music all around; when "Piano (One)" really takes off with a restrained but forward-moving keyboard line as Lonie's echoing guitar weaves around the music, it's just one of many moments where things indeed feel much livelier and more brightly beautiful than in the past. Jefferies adds drums at points much as he did in TKP, giving the sprightly drone "Interalia" a rollicking little push where needed and providing the powerful "The Standing Stone" with a pulsing beat under a strong guitar/violin combination. He also plays with tape effects to provide fine twists and turns to the music throughout. Lonie's own work is impeccable; besides providing almost all the guitar, his violin work is equally striking. The title track is one of his finest moments, as his violin melody rises throughout an overlay of reverbed strings that have turned into a weirdly lovely background shading. " - All Music Guide

Thanks to La Folie Du Jour for the original upload.
Posted by Dead Dog at 8:18 PM

I just found your blog, so good, love your reviews, makes me want to get must things.

well thanks a lot, i appreciate it greatly! i'm glad you're enjoying it!