Os Mutantes:
If you're not familiar with the Brazilian psychedelic movement than this is where you want to start! Easily one of the best psychedelic bands of all time, Os Mutantes we're full of amazing grooves, brilliant vocals, and tons of psyched out noise. I highly recommend them to anyone who likes to freak out! You can't listen to this and not feel great, grinning stupidly from ear to ear. 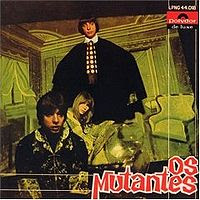 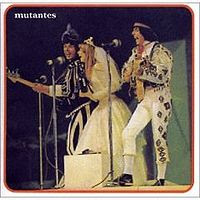 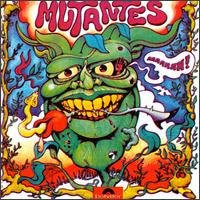 "When Os Mutantes was formed, it combined influences from the English-speaking psychedelic acts like The Beatles and Jimi Hendrix with the sounds of bands like Sly & the Family Stone. Although they met with limited success in their own time, Os Mutantes also influenced a great number of Brazilian bands such as Pato Fu, Júpiter Maçã and Sepultura, who recorded a cover of the song "A Hora E A Vez Do Cabelo Nascer". In addition, many contemporary underground or independent bands in the United States and Europe cite Os Mutantes as a major influence. Kurt Cobain publicly requested a reunion tour from the trio in 1993, writing a letter to Arnaldo Baptista. Cobain was introduced to them by Pat Fear from White Flag (whose collaboration with Redd Kross and other friends under the name The Tater Totz was the first American band to cover or even cite Os Mutantes on their 1988 LP Alien Sleestaks from Brazil). Beck paid tribute to the group with his single "Tropicália" from the album Mutations. The Bees (UK band) covered "A Minha Menina" on their first album, Sunshine Hit Me. Kevin Barnes of of Montreal cites Os Mutantes as an important influence. Talking Heads frontman David Byrne has worked to publish and promote the group's music through his Luaka Bop label." - Wikipedia.com

Rita Lee:
Rita Lee is the illustrious vocalist/composer involved in Os Mutantes. These albums arent quite like her output in Mutantes, but it's still really great stuff! 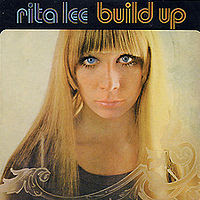 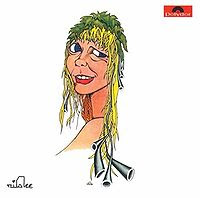 Enjoy this, or realize you're living in a catatonic state of delusion!
Posted by Dead Dog at 10:55 AM

awesome. didn't have build up yet. thx for this!