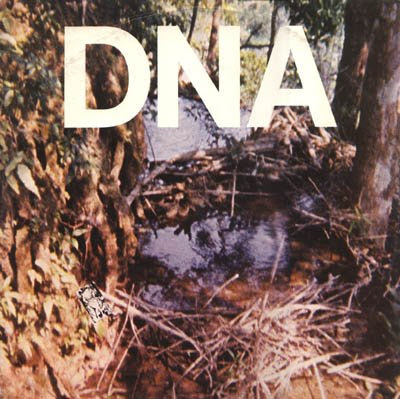 Well, as sort of a pairing with the Rosa Yemen EP I was asked to upload some DNA. So here it is. A Taste of DNA is their ten minute debut album, and one of the very few DNA recordings available. Part of the short lived New York No Wave scene, DNA had a few songs released on compilations here and there, but they're extremely limited. I've heard Arto Lindsay being quoted as saying he (and i'm probably paraphrasing) "never wanted to have an actual chord played in any of [his] songs". Instead he seems to simply play rhythmic patterns by slapping, smashing, twisting, and pounding his guitar. Sounds good to me. Though not remotely alike musically, I can't help but draw similarities between the voice of Arto Lindsay and Mark Mothersbaugh (of Devo fame), though Arto is definitely more chaotic and fierce. DNA's music sounds like stiff contorted jerks, and wails, spilling out randomly, and with great intensity. Anyways, this album is fantastic, and far too short! so get it and listen to it three times!


A clip of DNA playing "Blonde Red Head" from the film "Downtown 81", with Jean-Michel Basquiat.

Aww the link is broken.

im out of town right now, but check back in about a week or so, i'll try and re-upload it. sorry about that.

Any chance of a re-upload?

hey can we do a re-re-upload?