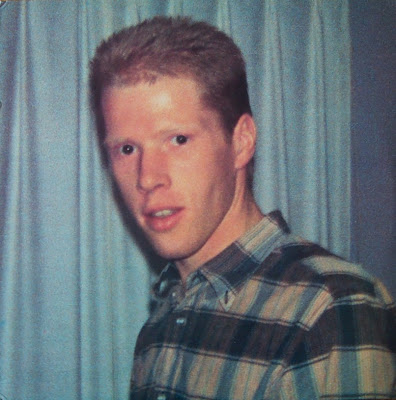 Uhh... this record is great.

"Lost Cause dropped in 1992 to a cult of followers still trying to figure out just who this "mystery man" was. After seven fairly uniform acoustic albums (which had little "uniformity" to any sort of standard acoustic songs), the last fourteen albums had been all over the spectrum, from the crazed garage rock of Telegraph Melts to the acoustic heartbreak of Blue Corpse to the bluesy lounge rock of the Living End. Sometimes there were female vocals, or a male vocalist who obviously wasn't the original performer. What it all added up to by this point was hard to say.

It's not a stretch to say that Lost Cause attempts to sum up, then encore, the artist's career up to this point. It begins with a loungey voice and electric piece called "Green and Yellow" that reflects much of what was on the last album, One Foot in the North. That leads to a pop song that could come off one of the early 70's Beach Boys albums - "Babe I Love You" is straight pop for the summer, including what sounds like a pump organ providing the pedal points and gorgeously played acoustic guitar (by someone, it seems safe to say, other than the Corwood Representative). The lyrics almost seem of a piece with the pop until you listen closer and catch phrases like "Look outside/genitals/baby I love you/’cause I’m fast."

The next three tracks continue this folky aspect, with "Cellar" being another ode to the "Randy" who died in "Alehouse Blues" (some of those lyrics are repeated, and expanded on), while "How Many Places" and "Crack a Smile" threaten to fade away into the overmodulated whispers (just listen, if you wonder what that means) of the microphone.

Then another switch. Gone is the "standard" guitar and in comes the slow pick familiar to listeners of the early acoustic albums. "God Came Between Us," in fact, is the most VIOLENT song Jandek's had in a while, as far as vocal delivery goes. This leads to another despairing, oddly tuned acoustic blues which praises - quite sincerely - Jesus "coming in the morning," before the original first side was out.

The nineteen minutes and thirty nine seconds of "The Electric End" are both an endurance test and a guitarist's dream. The song employs two guitars (both playing fairly standard phrases), some off-rhythm (but INTENSE) drums, an occasional scream (at one point the artist screams "when is this gonna end" like he was about to fly to pieces), what sounds like a maraca and, layers of squealing feedback, the kind you get when you hold a guitar pick-up over a microphone. It blasts along until everybody seems to pass out and the song abruptly ends. Many assumed (again) that this may be the last Jandek album, and in some senses it is. From here the bands would disappear until the first live gig of October of 2004 (released as Glasgow Sunday, while the plethora of releases between this one and the "live era" find Jandek exploring a surprisingly wide amount of styles (and instruments, or lack thereof), but almost entirely going it alone."