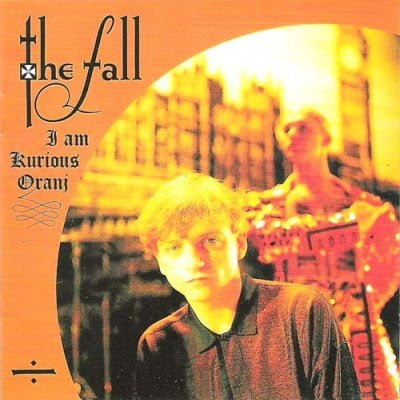 Probably my favorite Fall album from what i've heard.

"I Am Kurious, Oranj (the name is written with a comma on the CD and both with and without a comma on different parts of the CD packaging) is a 1988 album by British rock band The Fall. The album was written as the soundtrack for the ballet "I am Curious, Orange", produced by contemporary dance group Michael Clark & Company, and themed loosely around the 300th anniversary of William of Orange's accession to the English throne. The album is also notable for its reworking of William Blake's lyrics for the hymn "Jerusalem" by Fall front man Mark E. Smith. The album's title is derived from Swedish director Vilgot Sjöman's films I Am Curious (Yellow) (1967) and I Am Curious (Blue) (1968)." - Wikipedia

Dude! You freakin' R-O-C-K!!! Thank you so much for uploading this classic album by The Fall ... it is my favourite release of theirs as well.

Been looking all over the Net for this in a free format and (just by coincidence) I wandered onto your Blog. Nice job.

Thanks again for your effort.