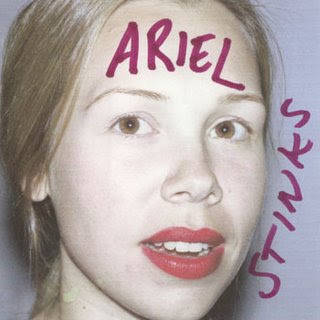 I'm a big fan of the Ariel Pink's Haunted Graffiti series released by L.A.'s Ariel (Pink) Rosenberg, but this presents a much different sound. This is hands down my favorite of all of his releases, but to compare it to the rest would be stupid. It's a much more experimental sound, with little to none of that 80's pop sensibility. Imagine Thurston Moore tinkering alone in his bedroom at 17, recording a dance/noise album. That's what this reminds me of. From the washy guitar drones, and muddled voice, to the Velvet Underground mash-up, this is all around good times. Recorded in 1998, but released in 2006.

"Released by Human Ear Music as both a two disc set and a four cassette collection, Ariel Rosenberg's Thrash & Burn: Pre was recorded on cassette in 1998 and presents a more experimental Rosenberg than is found on his eventual Ariel Pink's Haunted Graffiti albums. The album plays as two long tracks which further divide into a collection of short songs." - Wikipedia.com