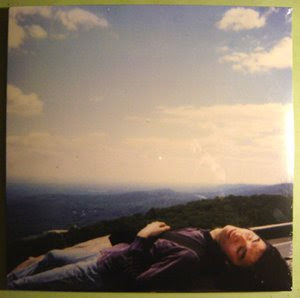 With the mention of Raccoo-oo-oon in my last post I figured if any of you hadn't had the chance to hear them before then I'd give you that opportunity on a silver platter. Here is that silver platter my friends. Some numbing noise rock spazz, reminiscent of such greats as Sun City Girls (similar vocal squalls) or possibly at times even Black Dice (to a much smaller degree), The Boredoms, and the like. Perhaps that's stretching it a bit, but I digress. All you need to know is that this is noisy, pulsing goodness and you should hear it. Now disbanded, this is their fifth and final release.

"Raccoo-oo-oon wraps up their recording career with the same reckless abandon as every album that has preceded it. The album contracts and expands as if it were a schizophrenic Big Bang, preparing to spew its volatile contents across the black void to breathe life into the dark crevices that have gone untouched for eons. Raccoo-oo-oon doesn’t visit new territory; it simply reconstitutes the old into something familiar but fresh. Songs melt and decompose before you, only to reform and freeze into gnarled incarnations. What good is a memory if it can’t be manipulated to extrapolate the most potent bliss? This is Raccoo-oo-oon’s gift to us before their final explosion expels their seeds into untouched corners of an ever-expanding musical universe. This album may be the final credits, but it doesn’t signal the end of their impulse." - Tiny Mix Tapes Reviews