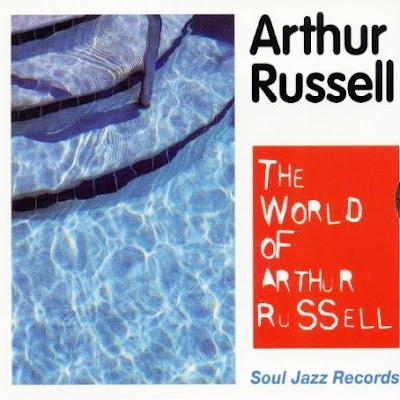 Disco has never sounded this good. That's really all I can say. Arthur Russell (aka Dinosaur L, for a lot of his dance stuff) is beautiful. Disco is perhaps the wrong word to use, but the inspiration is there. A lot of this stuff could be easily played in clubs, especially in 1978, and people would dance their heads off. Also remember that this is Arthur Russell, so to try and pigeon hole it would be stupid. There is a lot about this album that isn't dance, and doesn't sound anything like the sample below, so experiment with this even if that song doesn't strike your fancy. Also, if you haven't had the chance I recommend sitting down and watching the film Wild Combination (2008), about the life of Arthur Russell. It's intensely mesmerizing and heart breaking. Please go and listen to this album! The end.

"The set opens with the disco favorite "Go Bang #5", as mixed by Francois Kevorkian. From the drunken Don Drummond-esque trombone, weird Bitches Brew-style keyboard doodles, and crisp hi-hats cutting into the hand drums to the mingled masculine/feminine chants of "I want to see all my friends at once go bang, go bang, go bang, get BANGED!!!" its dubby pleasuredome message is undeniable and infectious. Similarly lascivious is the Larry Levan mix of "Is It All Over My Face", whose lyrical meaning vacillates between that of come-on and unbridled aural beatitude on the dancefloor. Both tracks embrace the seeming conflicts of simple physical release and higher levels of ecstatic pleasure and simply let it all go." - Pitchfork Review (8.9/10)