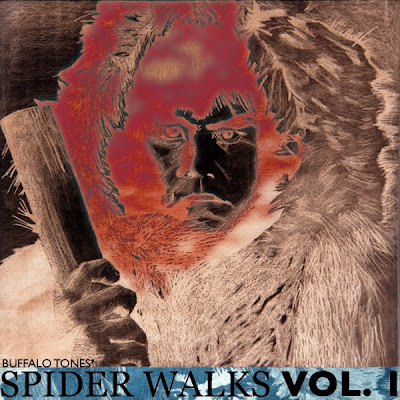 So I've been making mixes for years and years, I used to make a new mixtape every other day way back in high school, then it switched to mixed cd's. Lately I've been making playlists for people and then sending them over the internet. I've decided to start uploading these mixes in a series I'm calling Spider Walks. The name comes from a friend of mine, Martok, who released a really beautiful ambient delay album (I say released but what I mean is handed out copies of to several people) entitled Spider Walks The Barren Wasteland... followed by "2012" or some number, I can't really remember specifically. Martok is also the main head in The Splitz (Track 2 of this comp.), a noise/punk band he formed with another good friend of mine, and whom I played drums for briefly. Anyways, I'm fairly proud of most of the mixes, some of them are much noisier and some of them are quite soft, and they were all made with someone particular in mind. This one was made for an old roomate of mine who shares much of the same taste in music. It's got some noisier songs (The Dead C), some soft songs (Greg Ashley), some hippy dippy stuff (Apple-Glass Cyndrom) and a whole bunch inbetween. I think it's fairly eclectic overall, so just grab it if there's anything on it that you're interested in and I hope you enjoy it. Favorite song on it, right now, is probably Karl Blau's Ghostly Appearance.

great name its pretty cool. i relate to thinking about people in terms of making stuff. keep posting man!

thanks man! will do!