Sorry, I'm currently visiting family, getting ready to head back out east, so I haven't had any time to update. I'll have lots of new stuff coming in the next week or so, so keep checking back. 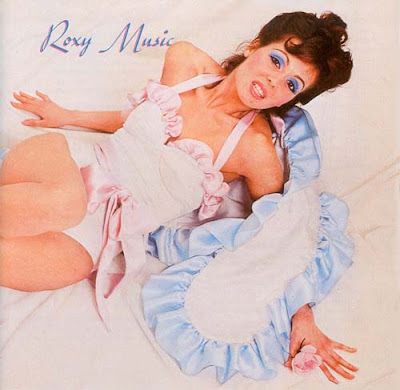 I'm a fan of Roxy, but for some reason missed this album until about a week ago. Holy, fuck my dick, it's good. I've always loved Brian Eno far more then Roxy Music and finally hearing this album was like finding the long lost Eno album, with Bryan Ferry singing. Pay specific attention to If There Is Something, about five minutes and seven seconds in and on. If you've any sense at all you'll cum on the wall and wish it went on for days. It's fucking completely rad and if you don't like it go jump in a river and leave the rest of us alone in glorious glam rock heaven.

"Falling halfway between musical primitivism and art rock ambition, Roxy Music's eponymous debut remains a startling redefinition of rock's boundaries. Simultaneously embracing kitschy glamour and avant-pop, Roxy Music shimmers with seductive style and pulsates with disturbing synthetic textures. Although no musician demonstrates much technical skill at this point, they are driven by boundless imagination -- Brian Eno's synthesized "treatments" exploit electronic instruments as electronics, instead of trying to shoehorn them into conventional acoustic patterns. Similarly, Bryan Ferry finds that his vampiric croon is at its most effective when it twists conventional melodies, Phil Manzanera's guitar is terse and unpredictable, while Andy Mackay's saxophone subverts rock & roll clichés by alternating R&B honking with atonal flourishes. But what makes Roxy Music such a confident, astonishing debut is how these primitive avant-garde tendencies are married to full-fledged songs, whether it's the free-form, structure-bending "Remake/Remodel" or the sleek glam of "Virginia Plain," the debut single added to later editions of the album. That was the trick that elevated Roxy Music from an art school project to the most adventurous rock band of the early '70s." - AllMusic.com 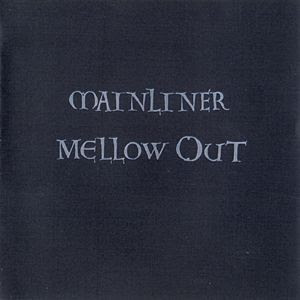 "Mainliner good. Led Zepplin Bad."
Everything in the red. Balls out. Blood on the walls. Awesome.

Email ThisBlogThis!Share to TwitterShare to FacebookShare to Pinterest
Newer Posts Older Posts Home
Subscribe to: Posts (Atom)
The curator of this blog also runs a small label, MAGIC MOTHER, specializing in small run vinyl and cassette releases.
Disclaimer: These albums are for promotional and preview purposes only. Please delete them within 24 hours. If you like an album support the artist and buy it!
IF YOU'RE AN ARTIST OR LABEL & DON'T WANT YOUR MUSIC HERE PLEASE LET US KNOW. LINKS WILL BE REMOVED IMMEDIATELY.