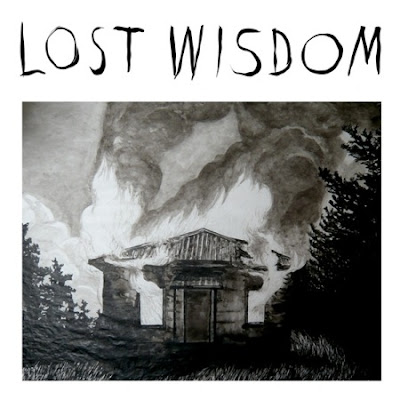 Finally. Finally Phil Elvrum & Julie Doiron have come together. At Long Last. Finally! I personally really liked this album. Some don't. But if yr a fan of either I'd get it and decide for yourself. It's funny to hear the two styles combine. They're both so different but so similar. I've always loved Eric's Trip, and enjoy Doiron's solo stuff. And Phil? Everything Phil Elvrum does is golden beauty. He's a musical saint. I love him like a baby loves paddy cake. So get this, and listen to it, and figure out where your place in the world is. Totally Beautiful.
(all songs written by Phil Elvrum)

"At a glance, a Phil Elverum/Julie Doiron meet-up seems entirely apt, perhaps even inevitable. The two share collaborators, hail from sleepy corners of their respective countries, and make music a Last.fm or Pandora bot would more than likely peg as "similar." Viewed a certain way, however, the two couldn't be more far afield. Elverum, as a songwriter, has long occupied himself with The Big Questions, his catalog full of probing meditations on birth and death, the elements, and the unknown. Doiron, conversely, has consistently stuck to the simple and domestic, quietly reveling in the tangible and everyday. Songs such as "Snowfalls in November" are patiently observed odes to satisfaction and serenity in the absolute. In short, Doiron is the contented period to Elverum's searching question mark." - Pitchfork (8.3)